Chelsea moved into the quarter-finals of the Champions League for the first time in seven years with a 3-0 aggregate win over Atletico Madrid. 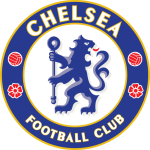 The Blues already had the 1-0 lead from the first leg in Spain and had to do without midfielder Jorginho due to a ban at Stamford Bridge.

After strong penalty appeals were waved away for Cesar Azpilicueta’s tug on Yannick Carrasco, Chelsea opened the scoring through a Hakim Ziyech counter-attack.

Stefan Savic was sent off for an elbow on Antonio Rudiger, a clash between two former Serie A players.

In the final minutes, Chelsea secured the 3-0 aggregate victory with a rare goal from substitute Emerson Palmieri.

Remarkably, it was his first touch after coming off the bench, meeting a Christian Pulisic counter-attack at the back post.

Impact! Emerson smashed the ball home with his first touch to seal the 3-0 aggregate win for Chelsea Look at the celebrations in the stands from Thiago Silva, Mason Mount and Jorginho!