Barcelona’s lead gave Liverpool little chance, but Divock Origi and Georginio Wijnaldum had other ideas as the Reds reached the final. 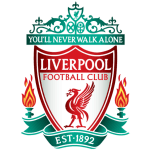 Origi puts the home side ahead! Their hero on Saturday, the Belgian has just tucked in from close range after Ter Stegen parried out Henderson’s effort.

10′ NO PENALTY! Mane goes down under the pressure

Mane drops his shoulder and easily gets around Roberto, who is forced into a rather clumsy challenge to prevent Liverpool’s forward getting through. Mane goes down under the pressure, but the referee is having none of it.

Almost an equaliser for Barca! Shaqiri concedes possession, and Vidal pounces, laying it off for Messi.  He exchanges passes with Roberto and then lets rip with a low effort, but it goes just wide of the right-hand post. A mistake from Alba allows the Reds in, and the subsequent cross falls to Wijnaldum – on as a sub for the injured Robertson – who drills home. Ter Stegen really should have done better, but was unable to keep it out. Shaqiri floats in a fantastic cross, and the substitute is there to meet it with a brilliant header, sending his effort right into the top corner, giving Ter Stegen no chance. The comeback is complete!

ORIGI GETS ANOTHER, IT’S 4-3! Brilliant thinking by Alexander-Arnold, who takes a quick corner that catches Barca cold. Origi is not caught out, though, and sends a fantastic first-time finish into the roof of the net.